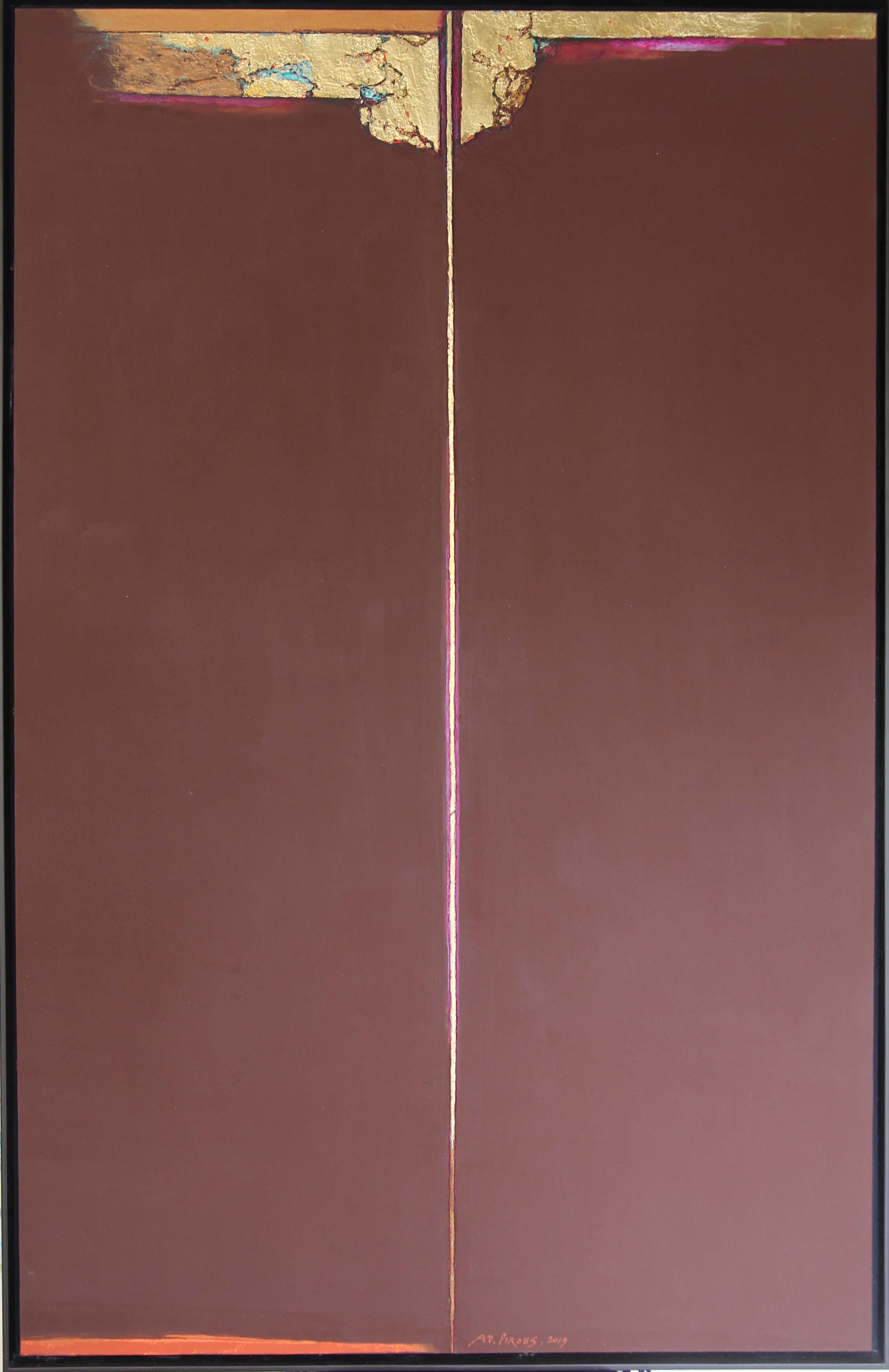 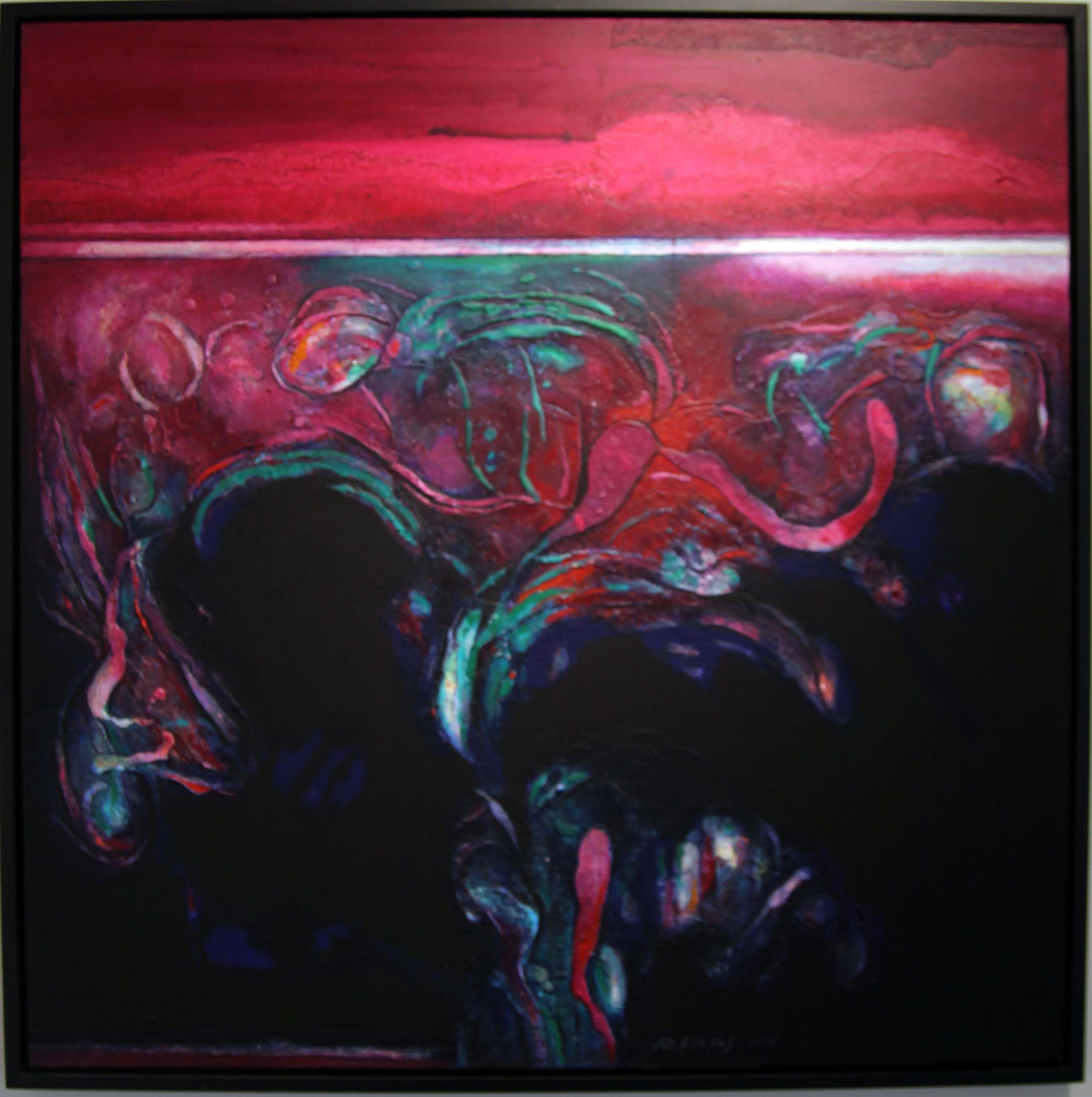 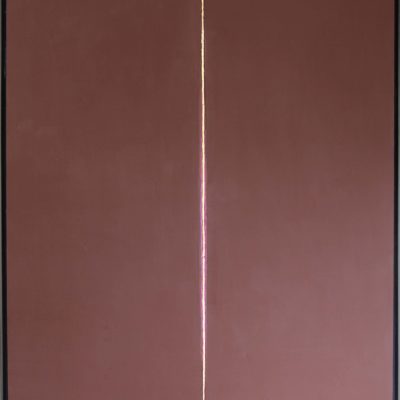 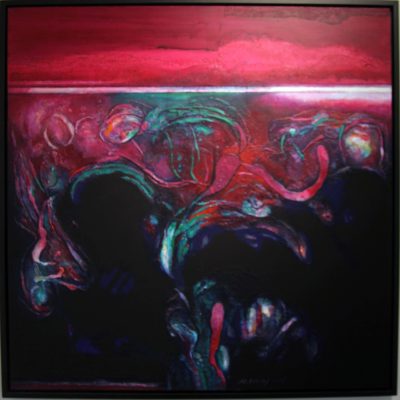 Abdul Djalil Pirous (b.1932) is a born and raised artist from Meulaboh, Aceh. He is a widely notable artist establishing his steps from Bandung to Indonesia. His works often correlate with the affairs of spirituality, nationalism, entity, and globalization through the work and life of A.D Pirous.

The use of human science in his works comprehends the methods of anthropology in art and spirituality. A.D Pirous has received numerous awards during his lifetime achievements; one of the early ones was the National Art Award for Contemporary Art in Jakarta (1985). He had thrown away various versions of retrospective exhibitions titled Ja’mu Timu in 2012 at Selasar Sunaryo Art Space Bandung and Karya Usia in his self-owned space Serambi Pirous  –also located in Bandung.