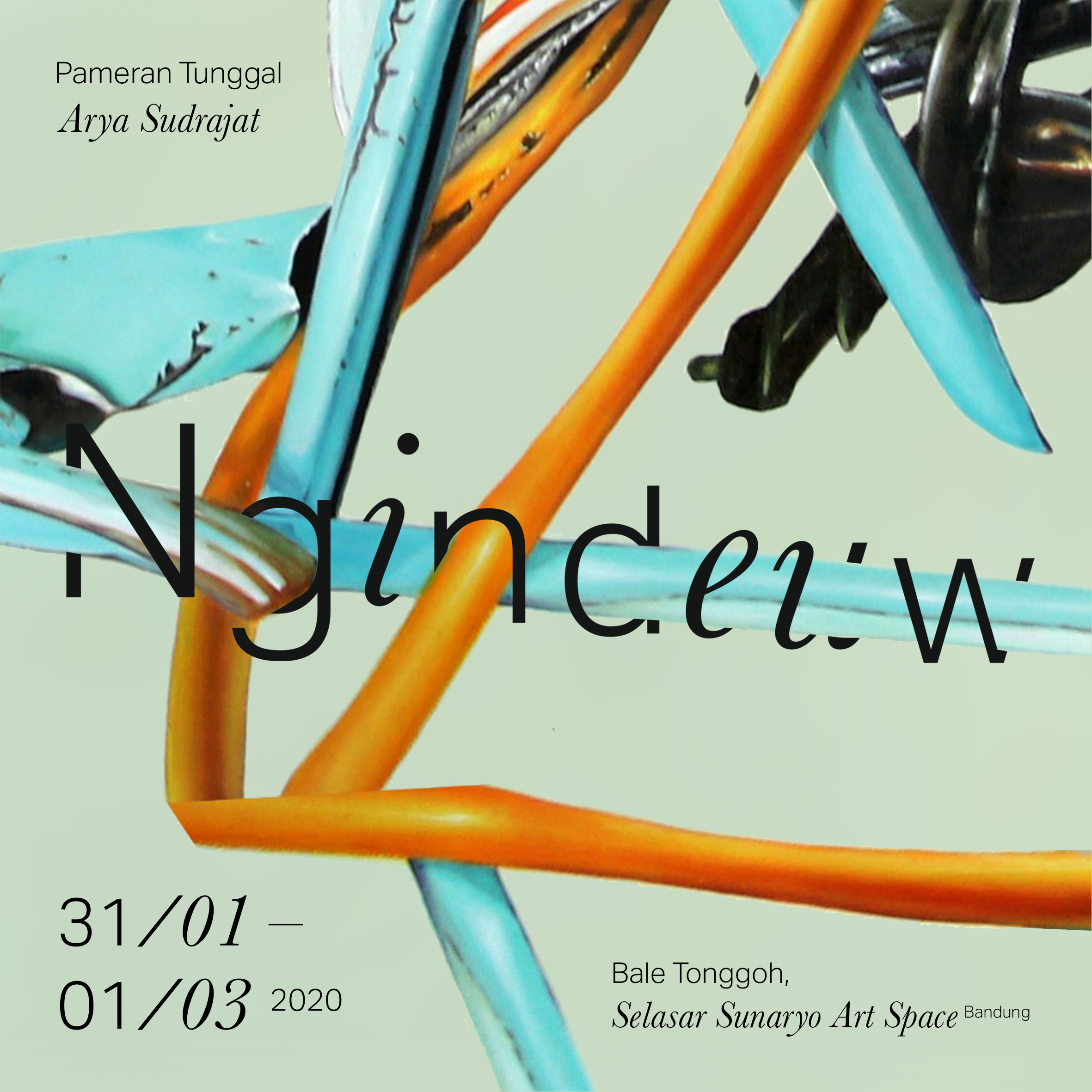 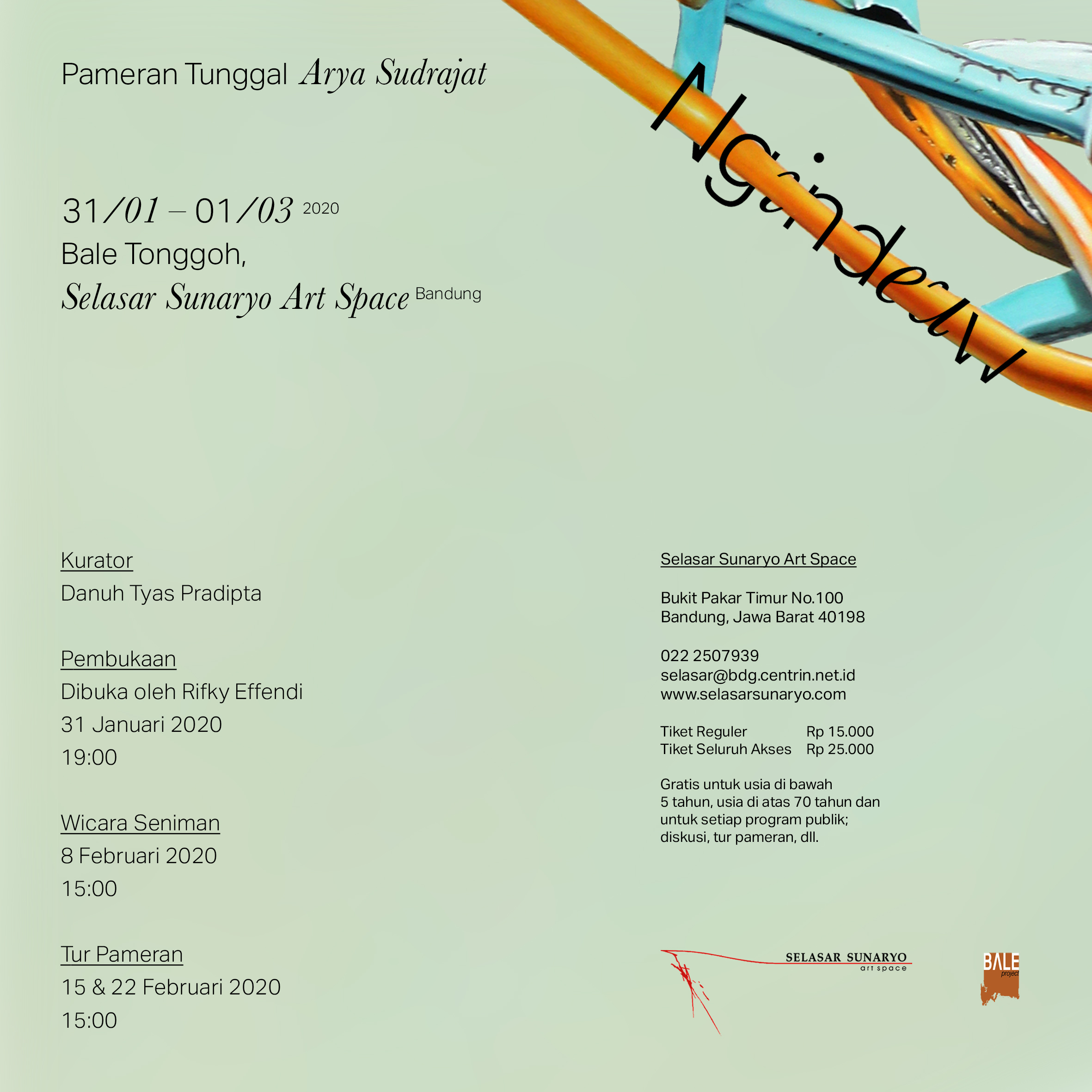 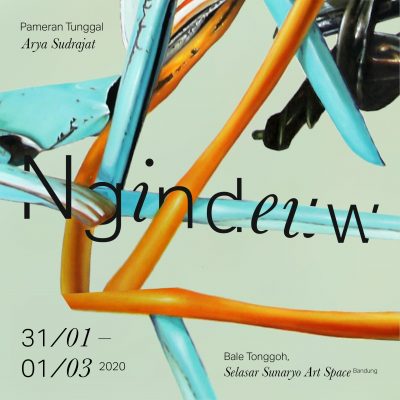 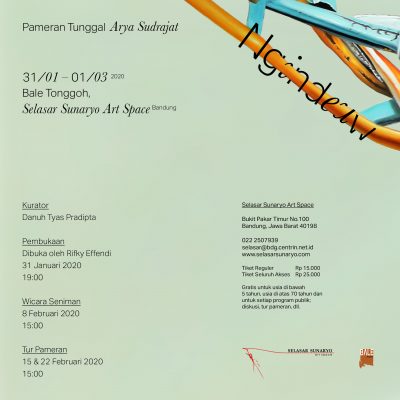 According to the local Sundanese language, Ngindeuw means collecting used goods. In addition to describing the process of directly picking up objects and materials – that is, used cans – from the place of processing, Ngindeuw is also related to Arya’s tendency to “pick up” the idea of ​​working by going around and observing the surrounding environment. Arya’s interest in used cans began when he took the #4 Transit residency program in Selasar Sunaryo Art Space. At that time he was looking at and responding artistically to used paint cans that had been used by painters in Jelekong. This is Arya’s attempt to photograph the other side of the painter’s village, the place where he was born, large and has art until now.

In this inaugural solo exhibition, Arya increasingly looked at the special characteristics of used cans, and released them from the Jelekong association, as well as other associations. Through the Ngindeuw method, Arya tries to give the aesthetic value to the used cans through painting and sculpture-installation, while leaving the main value in daily life, namely its functional value.